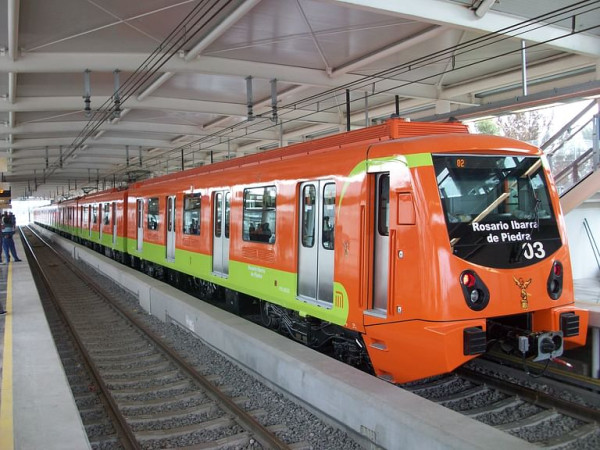 EVRAZ’s structural steel facility EVRAZ ZSMK,  a Metal-Expo exhibitor, has produced and dispatched 1.3 thousand tonnes of 60E1 Euro profile rails for the Mexico City metro. This is the first rail delivery to Mexico.

EVRAZ ZSMK has produced and dispatched 1.3 thousand tonnes of 60E1 Euro profile rails for the Mexico City metro. This is the first rail delivery to Mexico. The plant continues to produce 136 RE10 profile for the Brazilian company RUMO ALL according to the American AREMA standard. In November, the rail and structural shop rolled 7.8 thousand tons of these rails. The customer was TSO NGE Mexico, which specializes in the construction, rehabilitation and maintenance of railways.

Since the beginning of the year, EVRAZ ZSMK has shipped more than 22 thousand tons of products to non-CIS countries. These are 60E1 rails from different steel grades for Brazil, India, Malaysia and Taiwan, as well as 54E1 and UIC54 rails for Egypt.

BMZ Export Shipments in 2021 Were Opened by Spain

The first batch of steel products, which OJSC “ BMZ” (" BSW - Byelorussian Steel Works) – managing company of “BMK” holding”, a Metal-Expo regular exhibitor, shipped for export on January 1, 2021, will be delivered to Spain. A batch...

Metal-Expo team extends the warmest wishes to our international partners, colleges and friends! We are looking forward to seeing you again in 2021 among our exhibitors and visitors. Wishing you and your families the warmest Christmas and New Year holidays! Thank you...

A meeting of Metal-Expo Organizing Commitee was held on November 23 in Moscow. The membets of the Committee, among them heads of industrial unions, associations and scientific institutions summed up the results of ...